When I was fifteen, my parents took me and my younger brother on a four week trip to South Africa.Three days of that trip were particularly memorable. We spent those days in Kruger National Park. What’s exciting about that place is that we didn't just get a chance to see many animals that aren't what you'd call indigenous to Western Europe – you can see lions, giraffe, and zebra in the zoo. No, what was most exciting was that we could see those animals in their natural habitat. Sure, Kruger is an enclosed park and rangers keep the various populations in check – which is why Impala meat is insanely cheap – but it is so vast that the animals are free to roam as they would in pre-colonial times. So finally we got to see what all those impressive animals were really like. 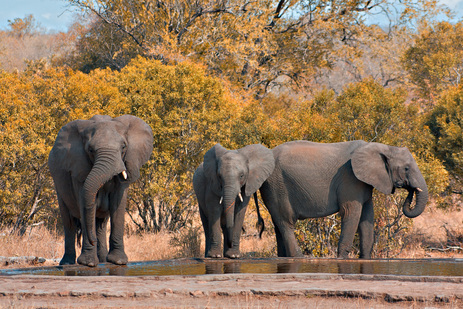 You typically don't see elephants in the wild in (Western) Europe.

Noam Chomsky, who looks primarily at language structure.
Scientists typically want to do the same: study the object of interest in its natural habitat. Of course, that is not always possible. Frequently we have to set up experiments to make sure that we can measure what we want to measure. But in the end we want to know what makes the world tick, and even when we know how each individual cog and gear behaves, we still have to figure out how they interact; how they behave in their natural habitat.

Now as a linguist, I am interested in language; what it is, how it works, what its structure is, etc. These questions have often been addressed by taking language apart and looking at the various cogs separately. Syntacticians try to figure out how grammar works, semanticists how we give meaning to words and phrases, phoneticians how we produce sounds and speech, psycholinguists how language works in the brain, etc. As with any other scientific field, this approach has told us a lot, and it probably will continue to do so for quite some time. But there also questions we cannot answer if we only look at the cogs separately. Or as prof. Ragnar Rommetveit argued, it makes no sense to study language without considering its social function, just as it makes no sense to study falling objects without considering gravity. the  In the end, we have to see how those cogs interact; how language works in its natural habitat.

Clearly, that natural habitat of language is communication, or to be more precise, talk-in-interaction. Although language is generated in our brain through various cognitive processes such as pattern recognition, and it may even have started as a way of structuring thought – the jury is still, and perhaps always will be, out on how language evolved – we use it to talk to other humans, to interact with other minds. So no matter its origins, language has evolved into a system that (optimally) supports communication; we use language in a way that we consider optimal to interact with others.

There are multiple methods to study language use. But most of them do not appreciate (1) that conversation is linearly produced and (2) that participants can never know what their co-participants are thinking. The first problem is crucial, because each action in conversation is attuned to its local context. This means that all utterances are designed solely for the participants in the conversation; they might have been designed differently if there were different participants. Furthermore, they are done in response to what came before, even if nothing came before – a greeting is a greeting because nothing came before. So one always has to consider for each and every utterance when it is done, where it is done, to whom it is addressed, etc. The second problem is possibly even more crucial, because it means that whatever a speaker says, his audience will never know why s/he said that: s/he or they will have to infer a function and assume that they have made the correct inference. It is only when we consider this issue with intersubjectivity, that we can fully appreciate and begin to understand the structure and the nature of talk. 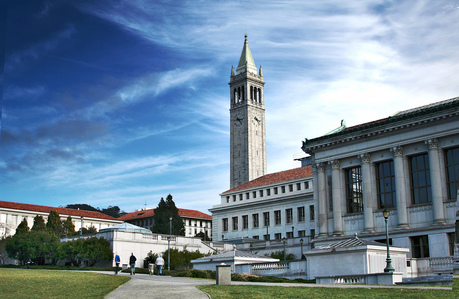 University of California at Berkeley, where CA founder Harvey Sacks got his PhD
Linguistics is not the only field where Conversation Analysis is used; as I discuss in the history of the field, it originated in sociology. Nowadays researchers from many different areas in the Humanities use Conversation Analysis when they want to investigate communication. While the specific point of interest of researchers can vary depending on their background – sociology, anthropology, psychology, linguistics, or many others – they have in common an interest in how humans use external means to that clearly can never convey all the subtleties and complexities of thought, into an adequate and actually quite impressive system of communication.
Powered by