The early work in Conversation Analysis is mostly fundamental. That is, the primary goal was not to intervene in social interaction, but to describe it. The most important findings on turn-taking, sequence structure, and repair in the 1970s provided insights into the structure of interaction, but nothing beyond that. But with the fundamentals established, the way was cleared for applied research as well. The diversity of applied research can be seen in the book Applied Conversation Analysis: Intervention and Change in Institutional Talk and a special issue of the journal Research on Language and Social Interaction from 2014. I will only discuss a few fields where CA has shown that it can contribute to resolving important problems in society. 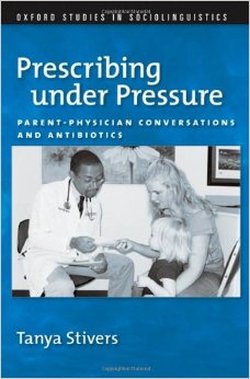 The development of antibiotics in the late 19th and in particular the early 20th century was of fundamental influence on medicine and society. Many diseases that had been fatal, could now easily be cured. And the risk of infection for soldiers wounded during wartime decreased immensely, But in recent decades misuse and overuse has led to many resistant strains of bacteria. One of the problems is that antibiotics are frequently prescribed by physicians for viral infections. This would seem strange, because any physician would know that antibiotics cannot be used to fight viruses. So why do they still prescribe them in these cases?

For over ten years now, researchers in CA have looked at situations where physicians prescribe antibiotics when there is no medical need to do so. In a series of papers, Stivers and others (2005a,2005b,2006,2007,2010) describe how physicians are pressured to prescribe antibiotics. In pediatric situations, parents often resist the physicians treatment recommendation in various ways. They also steer towards antibiotics, even when their child has a viral infection and would not benefit from the preferred treatment. One way Stivers found that physicians could prevent such pressure, is by giving online commentary during an examination, thereby preempting any discussion.

The benefits to society of this research are clear. Less misuse of antibiotics will lead to fewer resistant strains of bacteria. This means that bacterial infections will still be easily treatable in the future. It also means that surgery can stay a relatively low risk procedure, because there will be a very low risk of infection.

Patients presenting all their concerns in primary care visits

In primary care, patients frequently visit physicians with more than one concern. But because the opening questions only ask about one concern, the patient usually has to postpone other concerns until after the first one has been addressed. At the point where the patients could present his/her additional concerns, however, the physician frequently attempts to close the conversation. And even when they ask if the patient has more concerns, those aren't always presented.

In an experimental setting, Heritage and others (2007) tried to find ways in which the physician could motive the patient the present his/her other concerns. The way in which physicians had been taught to ask for other concerns where questions like "do you have any other concerns you would like to discuss today?" But these clearly did not work. The main reason was that "any" is a so-called negative polarity item and it strongly steers towards a no-concern response. The way the question was asked thus motivated patients to deny that they had other concerns. By replacing "any" with "some", there was a significant increase in the amount of additional concerns that patients presented. 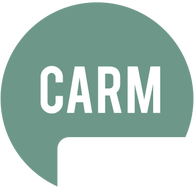 Courses that are supposed to train people in communication skills that are needed for specific positions frequently use role-playing as a way to feel what real-life would be like, and to learn how to act appropriately in such situations, The effectiveness of such methods is, however, unproven. In fact, Stokoe has shown (2013) that there is a world of difference between role-play and real life. People do not behave in role-playing as their real-life counterparts would, because the interests for them are not the same. So communication training in this way does not prepare its trainees for the job they have to do.

As an alternative, Stokoe used CA to develop what she calls The Conversation Analytic Role-playing Method (2011,2014). Instead of relying on actors and made-up situations, CARM works with real-life examples. Trainees are presented with recordings of problems they could very well face in their daily job, and have to discuss how they would handle these situations. Their solution is then compared to what would actually have worked, and the differences can be accounted for with CA methods. In this way, participants in these workshops are learn the skills they will actually need, and learn to understand why one approach works, while another would not. This in turn makes it possible to address issues that are different then the ones they trained for.
Powered by